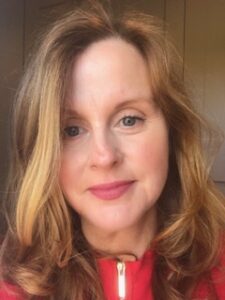 Hello, nice to meet you. I’m Cressida Stephenson and I have spent the last 24 years working as a recruiter/head hunter.

As a woman working in a very alpha male dominated industry, I have had first-hand experience of feeling othered and discriminated against because of my gender and I could tell you stories that would make your toes curl! That was the norm, women were sexualised and never taken seriously unless they beat all the men hands down, so that was my call to action to be more successful than my male colleagues and I was.

10 years ago, I had twins, a boy and girl and I knew instantly that I wanted to be part of a world that had greater tolerance, parity and equity, so that everyone going into the workplace, regardless of what you look like, your beliefs, your physical or mental abilities all had the same opportunities and would all be treated with the same level of respect.

My children have been my inspiration for launching EdenChase Associates six years ago, alongside the desire to help to create a level playing field for women and under-represented groups in the workplace.

Why should future generations suffer the same issues of discrimination or gender pay gap when we can start to make the change now?

If I told my twins today that my son would have more pocket money because he was a boy and my daughter less because she was a girl, they would think I was irrational, illogical and completely unfair!

If I told them that my son was more likely to succeed and be “the Boss”  because he was white and male compared to his white sister or non-white or neuro diverse, less abled  classmates they would think this is incomprehensible and utterly ridiculous as they study in an inclusive, happy and diverse environment and don’t have this bias.

So why is it that by the time a 10 year old matures to adult hood they are already being categorized and judged for what they look like, how they sound, how they dress etc? And having been judged throughout my entire career for being a woman and then a working mother, I decided that I had to do something about it and that is why I set up EdenChase Associates.